We celebrated our annual Fall Festival on Wednesday, October 24, 2012. We had a costume parade first thing in the morning, followed by a student-run carnival until lunch time. We then had an outdoor picnic on the front lawn, and house league games in the afternoon. (Our school is divided into four houses that compete against each other for points: Archimedes, Einstein, Galileo, Newton.) The students also reported on each other’s attitudes throughout the day, based on the learner attitudes in the Primary Years Programme of the International Baccalaureate (creativity, cooperation, empathy, respect, independence, confidence, integrity, enthusiasm, tolerance, commitment, appreciation, and curiosity). In the end, Einstein won the costume parade, Galileo won the house games, Einstein won the “best attitudes” section, and Galileo came in first overall for the day’s activities.

Here are our kindergarten teachers getting into the spirit of the costume parade! 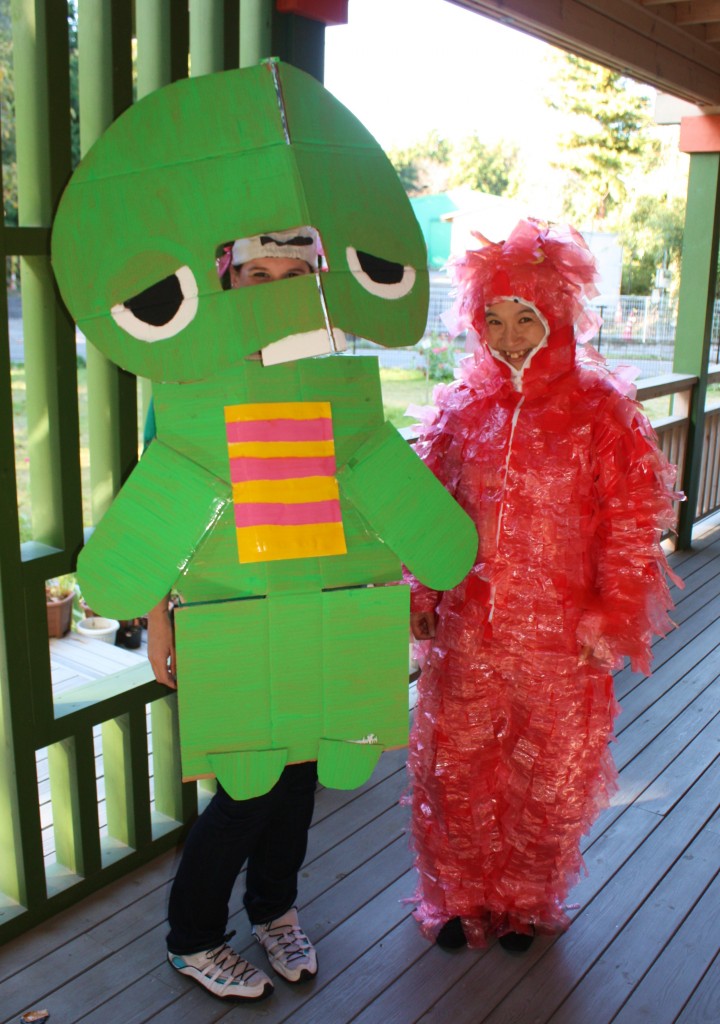